Inequality has a female face.

As it’s Blog Action Day today, I felt it fitting to launch my new blog. And in honour of the same, my first post tries to pull together my thoughts on the subject of Inequality.

I suspect that when the team at Blog Action Day decided upon this year’s theme of inequality, they were talking about the growing gap between the very rich and the very poor (see Lagarde here). But for me, inequality takes many forms and can be thought of in many different ways. What I find most concerning however, is that one particular demographic suffers inequality more than any other; women.

Whilst the situation of women varies from nation to nation, here in the UK there is still much to be done before English, Irish, Scottish and Welsh women can be truly claim to be equal to their male counterparts;

Only 18% of Small and Medium Enterprises (SMEs) in the UK are majority women-led[2].

If you’re looking for female role models at FTSE 100 companies, you won’t have to look hard but you will still have to look – women make up only 23% of FTSE 100 boardroom posts[3].

In Wales, where we have 50:50 representation at a European Level, the Welsh Government and local authorities are lagging behind…
In society

One in four women will be affected by domestic abuse in their lifetimes. Two women a week are killed by their partner or ex-partner in England & Wales. 54% of rapes in the UK are committed by a woman’s current or former partner. 73% of domestic abuse is carried out by men against women[5].

Almost a third of girls experience unwanted sexual touching in UK schools. 1 in 3 teenage girls have experienced sexual violence from a boyfriend. 1 in 3 young women experience sexual bullying in school on a daily basis[6].

37% of female University students have faced unwelcome sexual advances. Female students in full-time education are at higher risk of sexual violence than the general female population[7].

Inequality takes many forms, but they all have a female face. 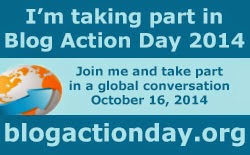